“Can I share albums by email, or save them to my Computer?”

The answer is, “It depends”. 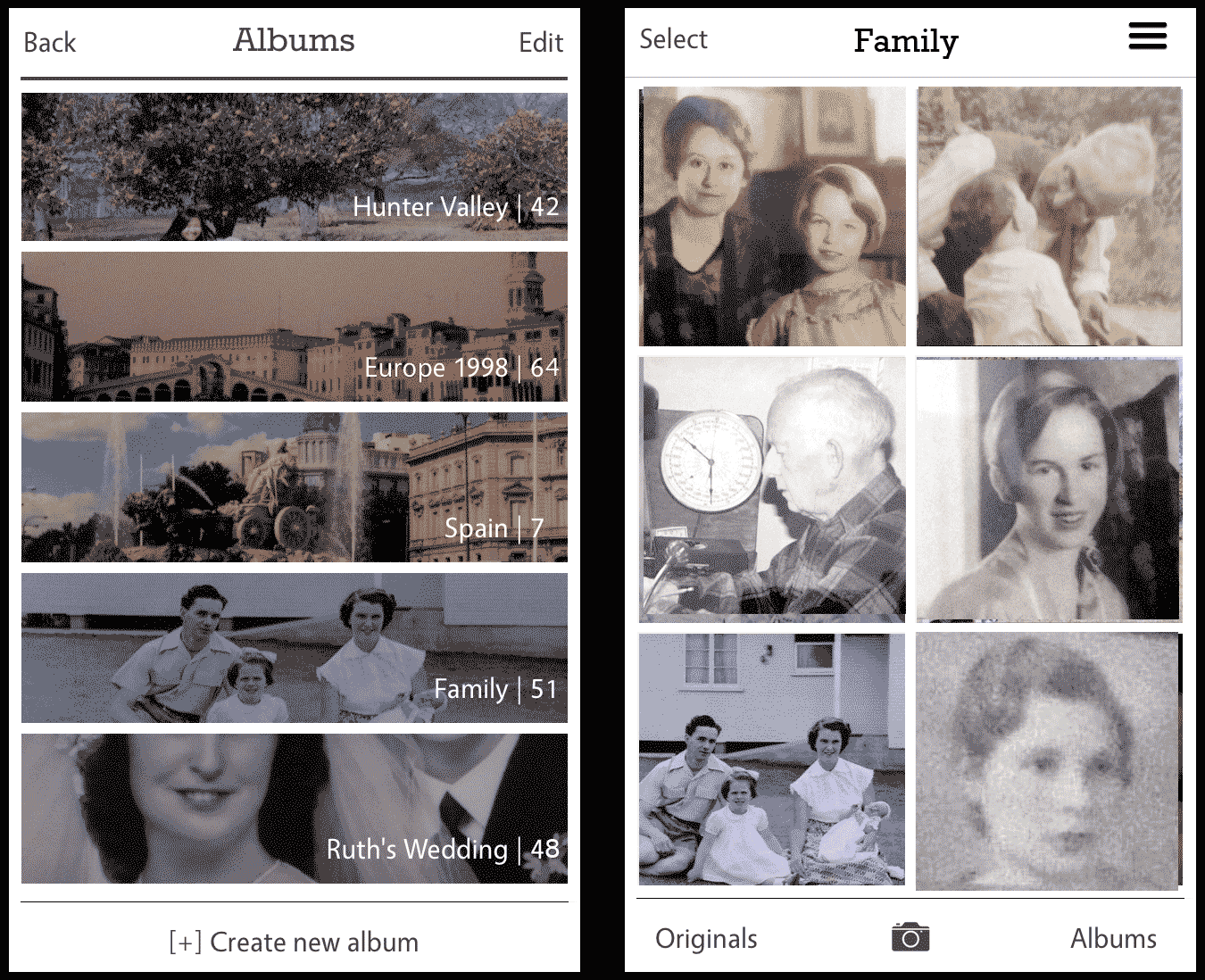 You can bulk-export photos from Cropped screen or an album in Pic Scanner to Photos app, Dropbox, or email. To use photos from an album, open the album. Tap Edit, then tap thumbnails of photos to be sent (Or ‘Select all’ for the entire album), and tap the Action button at bottom center to display sharing options. But before pressing one of the sharing options buttons, read the following. Because there are limitations.

Firstly, other applications (Photos, Dropbox, email, Facebook, email etc.) do not support albums in the same way as Pic Scanner. So how your albums show up in these or other programs will differ. For example, Photos app allows any non-Apple app to create only one folder – and no sub-folders. So if you send an album from Pic Scanner to Photos app on your iPhone or iPad, the pictures will be saved in Pic Scanner folder in Photos. If this folder already contains some photographs, the new pics will be added to those, i.e. your album will get mixed up with earlier photos. To avoid this, you must ensure that Pic Scanner folder in Photos app is empty, before you export the album.

Second, it depends on how many photos you have in the album. Mobile devices such as iPhone and iPad have limited processing capacity and memory (RAM). Trying to transfer a large number of images at once may cause your iPhone/iPad or our app to malfunction. Below is a rough guide to how many photos you may transfer at a time:

We are looking at options to allow a better way to bulk-export photos and albums, and hope to offer you this feature in the future.

Any questions or suggestions, please email us.